Stephen Wilson, a Black queer abolitionist organizer and a prisoner of the state of Pennsylvania, is once again facing retaliation, harassment, and repression at SCI-Fayette. A rank-and-file prison cop named Digiacomo, who has for months made a habit of targeting Stevie, recently had Stevie sent to solitary confinement (the hole) on a completely fabricated and un-corroborated write-up. The prison’s official kangaroo judicial theater predictably backed up cowboy cop Digiacomo, and sentenced Stevie to 30 days’ time in the hole. Now, following the fantastic allegations of the write-up, they argue that Stevie is a danger to the population at Fayette, and they plan to transfer Stevie. If it could happen right away, Stevie would welcome a transfer away from Digiacomo and Fayette’s abuse. But here’s the thing: the PA-DOC’s prison transfer queues are backed up for months, which means that Stevie’s 30 days in the hole has been extended indefinitely through a procedural and logistical loophole.

This most recent fabricated write-up from Digiacomo accuses Stevie of verbally threatening another prisoner. That person, along with everyone else in ear shot during the time when Digiacomo says this supposedly happened, denies ever having been threatened in any way by Stevie. Stevie, very familiar with the prison’s internal hearing process, called four witnesses well in advance of his hearing. Yet Stevie was denied this right by the hearing examiner, who cited the logistical inconvenience of bringing the witnesses a few hundred feet to the hearing. Stevie replied by suggesting that the examiner herself visit the block and ask the witnesses what happened, to which the hearing examiner said that even if she did that, she would still believe Digiacomo. Then she suggested that, by the prison’s hearing rules, she would be required to take the guard’s word over a prisoner’s. Or 5 prisoners, in this case.

Pretending to be doing Stevie a big favor, the hearing examiner promised to transfer Stevie to a new block after his time in the hole, to separate him from Digiacomo. The examiner seems to have remembered the history of Digiacomo’s one-sided obsessive harassment of Stevie. The hearing examiner had commented on this months earlier, at another hearing, when she said to Stevie, “Wow, he [DiGiacomo] really has it in for you.” This writeup, now resulting in what amounts to a conviction in the twisted internal prison hearing system, could keep Stevie locked up well past his minimum by giving an already hostile parole board an easy excuse to defer his release. It must be reversed and removed from his record.

In the short term, thanks to the backed up transfer schedule, Stevie could be looking at half a year in solitary confinement. That means no yard, one short call a week, literally no time out of cell, no access to the prison’s email service,  no commissary, no human interaction (unless you count guards), dangerously cold temperatures, and an all-day blaring TV set to some vapid news reports on loop. Officially, Stevie’s maximum time in the hole is 30 days. This is due to a weak limit put in place for people who, for mental health reasons, are deemed especially vulnerable to the psychological (and physical) terror of solitary confinement. When we asked him about the indeterminate solitary sentence being in violation of this limit, he said “in the end, they can do whatever they want.”

Blatantly maneuvering around their own pathetically inadequate rules (even according to their own logic), SCI-Fayette has consolidated its efforts to isolate and separate Stevie. The process was initiated by an angry guard known by prisoners and some guards alike as an especially violent and out of control goon, and it was completed through the administrative hearing system. Finding yet another way to weaponize the virus that runs rampant through PA-DOC’s compounds, Fayette has Stevie locked in the hole on a sentence so indeterminate that it isn’t officially recognized as a sentence at all. His release from the hole is not pending approval by a board or the expiration of the term, but some future logistical solution to the transfer backlog, who knows when. The cops at SCI-Fayette have exemplified the prison’s reaction to the perceived threat of prisoner activism and organization, employing a combination of acutely racist and personal hostility, mindless bureaucratic procedure, and “factors” claimed to be “out of their control.”

Last time Stevie was sent to the hole, which was also an act of retaliation by Digiacomo, Stevie was abruptly grabbed and hauled down there with no time to prepare his things. The prison failed to deliver his blood pressure medicine for almost two weeks, putting him at serious risk of stroke. In the process of being transferred he was stripped of his eyeglasses and his partial denture. The glasses took over a month to replace, impairing his ability to see and read in the interim, and his partial has yet to be replaced, over 2 months later. As a result, he still has difficulty eating and reports having dropped weight.

These acts of violent retaliation against Stevie are not exceptional. They are almost quotidian reactions of the prison system against anyone who dares engage in such radical practices as speaking with other prisoners about prison abolition, convening reading and study groups, telling people outside about the conditions inside, and, perhaps most offensive to the Fayette regime, using the prison’s own grievance system. It is vital that we respond to and really oppose retaliation against Stevie, and everyone inside who puts their health, safety, and—thanks to the indeterminacy of ranged sentences and the absolutely bankrupt parole system—freedom on the line. Below are some actions that we are asking you to take to get Stevie’s back. More are coming soon.

One thought on “Defend Stevie Against Violent Retaliation!” 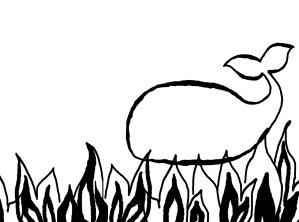