Two Missives from a PA Prison, from Comrade Elliot

What’s so sad now a days these young men would rather fight someone over $5 then peacefully stand up for their rights and what they believe in. I must specify because these devils are crafty that everything I am doing and attempt to do in the future is PEACEFUL so I do not care if they read it or know its from me. I would like to put certain information on these social media sites such as what’s going on in the prison as well as the individual it is occurring with. Sci ***** is EXTREMELY corrupt! They plant drugs and weapons on inmates, the guards bring in phones and drugs. In other facilities when the inmates get caught with these things they’re usually transferred. Not here. They sweep it under the rug and keep it in house because then it will prove the corruptness of this institution. They took away our mail and visits so please explain why and how the drugs are still entering the facility at an all time high after all the jails having NO VISITS for over 8 months!! I was transferred from SCI+++++ for no reason 200 miles away from my family because of grievances and a lawsuit I was filing. They kicked me out and said I was a high ranking gang member calling shots and I was a threat with no misconduct, no proof or anything. Placed me in the hole up here for two weeks telling me welcome to *****. That was September of last year. In this past year I’ve seen staff abuse both physically and verbally, officers lying on misconducts, racism and bigotry at an all time high and basic corruptness. The racism even lies with the officers and their co workers smh. I would appreciate pen pals and any literature you may be able to share. I believe we need a social media site where we can expose not only the institutions but the individual staff as well.

There’s this one sergeant who is not only racist, a bigot and disrespectful but also abusive physically, verbally and mentally! His name is Sergeant HATER. The staff below him are intimidated because of his stripes and those above him are intimidated because of the union. He’s assaulted inmates and wrote misconducts stating the inmate assaulted him but once video is reviewed it is seen to be a lie; dusted under the rug. He’s lied on numerous misconducts; dusted under the rug. He’s been assaulted due to his behavior after he was put on suspension and wasn’t allowed to work on any blocks! Dusted under the rug. Now I’ve dealt with racism, belittling sexual context (Mexican cocksucker and I’m not even Mexican!), retaliation for placing numerous grievances and complaints on him and all that happens is grievances are denied and/or rejected. He’s continuously denied me showers, phone calls and the opportunity to clean my cell all on his watch during a pandemic. Continuous racist and derogatory remarks. I’ve had one lieutenant attempt to assist me by the name of [FRIENDLY] but honestly NOTHING has changed it continues to get worst! Today he once again denied me a phone call which I was signed up for as well as a shower and when I asked the other guards who was working with him why I wasn’t allowed the response was “I’m not getting in between you and HATER’s gang war.” Just like in the street when an officer is doing something wrong, instead of his partner or fellow coworkers letting him know he’s doing things wrong they turn a blind eye or condone in his actions. There needs to be a way that we expose these guards and those actions to society and the public. We must let everyone know what goes on even if that means we start a webpage and post all grievances up as well as the answers to the grievances so EVERYONE is held accountable for their actions. I understand the job of a correctional officer but the racist undertone and continuous abuse can not be acceptable! Thank you 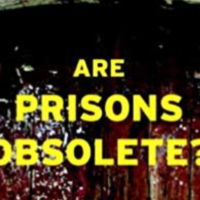 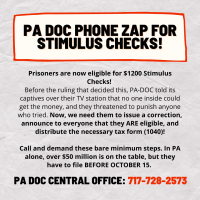 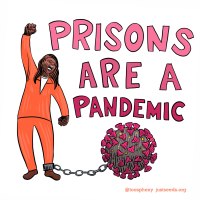