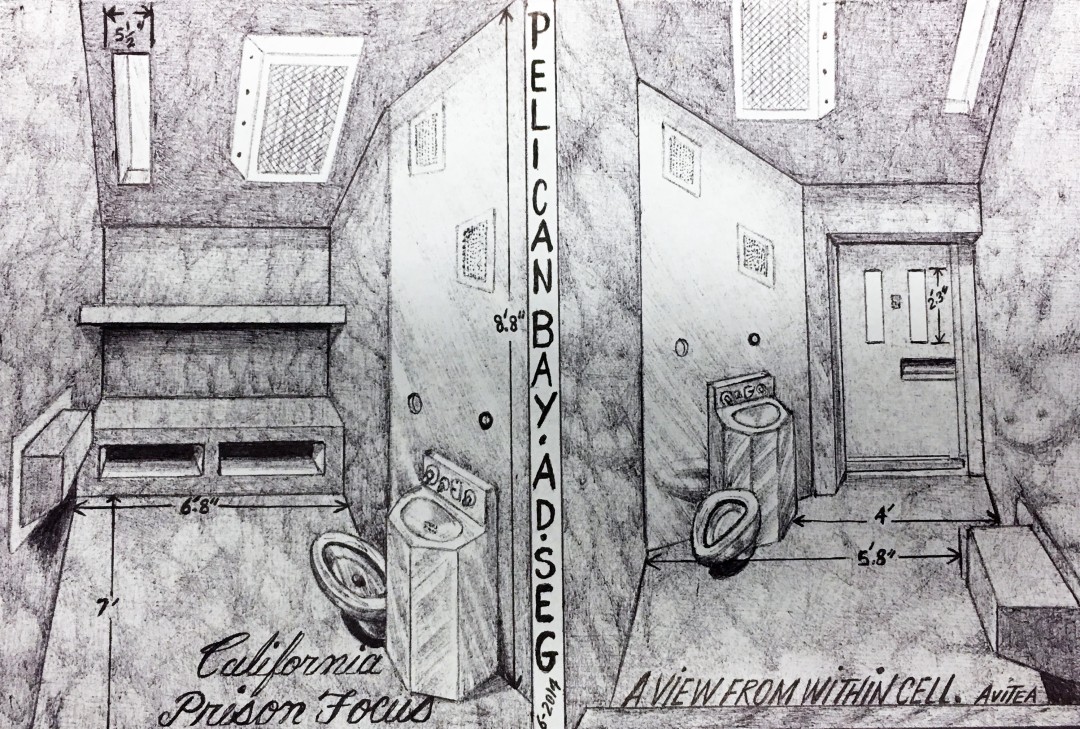 Remember when it was a cause célèbre?

And not just within the American prison movement. The mainstream media, including the New York Times and The New Yorker, was on the bandwagon. Articles, essays, and books exposing the widespread and deleterious practice were everywhere. Even the United Nations had something to say, condemning solitary confinement and labeling the practice “torture” when it exceeded fifteen days. State legislatures held hearings on solitary confinement, and even the Secretary of Corrections in Colorado spent a night in solitary confinement and promptly condemned the practice. So what happened? Did the practice end? Was it even severely curtailed? If so, where? Why did the concern evaporate? Like so many other campaigns centered around tweaking a single, isolated abuse or issue.

My recent stay in solitary confinement at SCI-Smithfield and SCI-Fayette in Pennsylvania, a state that was investigated a few year ago by the DOJ because of substantiated cases of abuse of mentally ill prisoners in solitary confinement, provided all the answers I needed. Solitary confinement, a practice known to cause and exacerbate mental illness, is still being used across America’s carceral landscape. Moreover, it has multiplied. In Pennsylvania, there are not only restricted housing units (RHU’s; the formal name for the hole), but also SMU’s (special management units), BMU’s (behavior modification units), SRTU’s (special restricted treatment units), RRL (restricted release units) and SDU’s ( step down units). While their names may differ, they are all predicated upon isolation, deprivation, and humiliation.

Where did we go wrong?

We made the same mistakes we always make. We shrank and dichotomized our demands. We forgot how easily the PIC absorbs and adjusts to our demands, preserving itself through transformation. It was Ai-jen Poo who said:

When we shrink our demands to what we think is politically achievable, it actually undermines our ability to succeed.

We started out as a movement to end the pernicious and debilitating practice of isolating, alienating, and depriving humans of meaningful contact with other humans as a way to achieve “safety.” Everyone agreed solitary confinement was torture. It caused physiological and psychological harm and created unsafe situations. It needed to end.

Somewhere along the way, our demands began to shrink. We would tolerate solitary confinement as long as it wasn’t indefinite. The findings that more than 15 days were harmful went out the window. From there, we shrank our demands even more. We would tolerate solitary confinement as long as certain populations were exempt. This is where the dichotomizing came in. Although we had held the belief that the practice was torture, we accepted the argument that there were prisoners who deserved this form of torture and others who didn’t. So as long as juveniles, the mentally ill, and elderly were exempt from solitary confinement, we were okay with it.

The PIC quickly absorbed these stripped down demands and adjusted. The torture wasn’t eliminated. It was shifted. Moreover, the populations that were most targeted for placement in solitary confinement saw their numbers increase. The hole has always been used to contain and harm certain classes of prisoners: political prisoners, politicized prisoners, mentally ill, queer/trans, and young prisoners still fill the solitary confinement blocks, whatever initials they go by now.

While in the hole at Smithfield, my neighbors were a heavily medicated, mentally ill nineteen-year old who’s been locked up since he was fifteen, a young queer prisoner, and a 57 year-old prisoner. The mentally ill prisoner had 105 days hole-time to do. What happened to more than 15 days being torture? At Fayette, my neighbor had more than two years in the hole. Four queer prisoners were housed right below me. It seems that the more things change, the more they stay the same.

Right now, David Easley is still in the hole in Ohio– more than a year after being placed there. His infraction:

being a woke prisoner.

We must continue the fight to end solitary confinement, not just indefinite solitary confinement or confinement of certain populations. We must shrink the spaces designated for this heinous practice, not our demands. We must eliminate the ideology that isolating, alienating and depriving humans somehow creates safety. We must downsize the number of beds used for solitary confinement. For as long as the beds are there, prison officials will fill them. We need to reach for unsimple victories. Many of our comrades are languishing and suffering in solitary confinement. As long as there are people being held under these circumstances, we must fight. We must not let the conscience of the public or prison officials rest. Now is not the time to rest. Angela Davis warned us about “when pivotal though less glamorous moments arise, when our solidarities are needed more then ever, we fail to generate suitable responses.” All over this country, people are being held in solitary confinement, being tortured. What will our response be?

You can write to Stevie at the following address:

To send him books or any other educational materials for our inside/outside network’s new project at SCI Fayette, address all packages to: